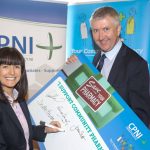 The response has been triggered after a survey was published last week on the critical impact of escalating financial pressures on local community pharmacists and the impact that the knock-on effects will have on patients.

The survey showed that as many as 87% of local community pharmacists surveyed expressed that they were ‘very worried about their own businesses’ with 81% stating that the ‘current funding situation is having an impact on their own health and wellbeing’. 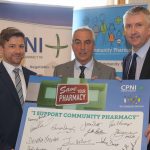 But it is patients who are expected to feel the impact most severely says the Chief Executive of the representative body, Community Pharmacy NI, Gerard Greene.

Speaking at the emergency meeting in Stormont, Gerard Greene commented:

“There is a real threat that the continued under funding by the Department of Health will result in pharmacies closing.”
“The frontline services that community pharmacists provide are under attack and the prolonged government underfunding is putting huge financial strain on many, so much so that it is impacting on the health and well-being of community pharmacists across Northern Ireland. We are now in a dire situation and one which we are not prepared to sit back and accept.”
“Our membe 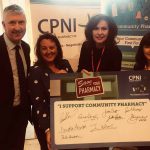 rs have a responsibility to ensure that we help patients stay well and prevent illness wherever possible, but there is an unseen side to the profession that must be supported before there is any further impact.”
“The support that we have received from patients, patient groups and customers in the last days and weeks has been overwhelming, which shows the reliance that many have on their local community pharmacy.”
“Due to this current situation we have no option but to speak out, and we must stand up and fight for our patients and demand that action be taken by the Department of Health to protect the vital patient services provided in community pharmacies.”

Prior to the collapse of the NI Assembly, the last Health Minister, Michelle O’Neill, outlined a commitment to continue to develop and resource community pharmacy-based initiatives over the next 10 years. However, this is now in jeopardy due to the fact that the Department of Health is under funding the co 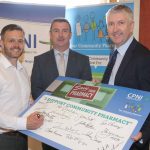 st of providing community pharmacy services by at least £20m.

This funding shortfall has been compounded in recent months by unprecedented generic medicines shortages leaving community pharmacists and their staff with a daily struggle to find many of the medicines needed by their patients. When they do source the items required, they can find themselves paying more than ten times the usual price, all without knowing if they will be fully reimbursed. 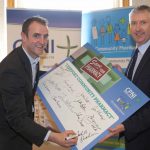