In Memory of Neil Gordon

Gordons Chemists have presented Community Pharmacy Northern Ireland (CPNI) with a silver pestle and mortar in memory of the late Neil Gordon.
Neil Gordon was the co-founder of Gordons Chemists who sadly lost his long battle with cancer in June last year. He was elected to the Board of the PCC (the former name of CPNI), and served for seven years. In 2013 Neil was awarded a Fellowship of the Pharmaceutical Society of Northern Ireland. 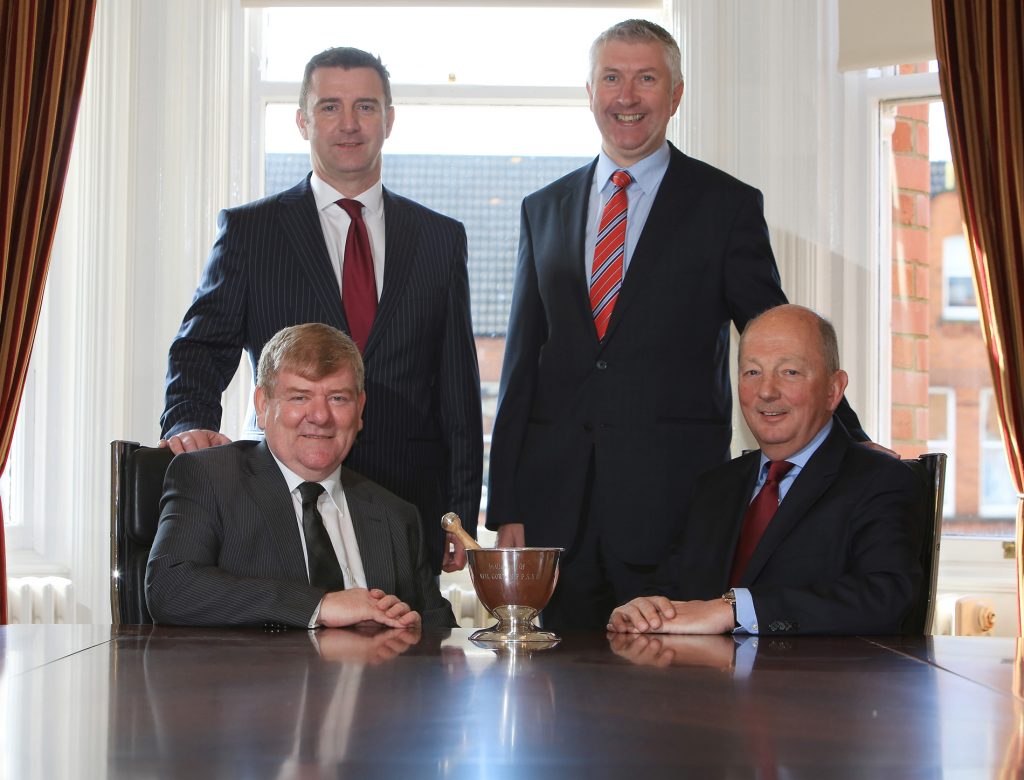 Robert Gordon, Director at Gordons Chemists said, “It seemed fitting that we marked Neil’s time on the Board in some way and we are delighted that Gerard and Paul were happy to accept this piece in his memory”.

The pestle and mortar will take pride of place at the centre of the CPNI boardroom table in Annadale Avenue, Belfast.

Gerard Greene, Chief Executive of CPNI added, “On behalf of the Chairman and Board of Directors of CPNI, I am delighted to accept this mortar and pestle in memory of Neil Gordon FPSNI.

Neil’s contribution during his time as a Director at CPNI was unstinting and invaluable and this mirrored the positive impact he had on the health & well-being of the Northern Ireland public through the Gordon’s Chemists company which he operated with his brother Robert.

The mortar & pestle will serve as a permanent reminder of Neil’s support and we are extremely grateful to Robert & all associated with Gordons for presenting this to CPNI”.