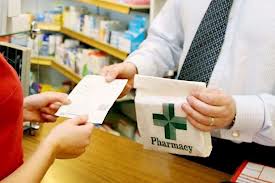 Survey reveals nearly all respondents (98%) said they were either satisfied or very satisfied with community pharmacies.

Health Minister Edwin Poots today welcomed the findings of the Health Survey Northern Ireland 2012/13 which reported high levels of satisfaction with the quality of care provided in hospitals, by GPs and by community pharmacies.~ Thursday, 20 March 2014

Mr Poots said: “I want to thank and pay tribute to the health and social care workforce across Northern Ireland for their continued dedication to improving the care they deliver. It is reassuring that the majority of patients who use our services rate their overall care so well. While around four fifths of respondents rated services as excellent or good in terms of safety, patient experience and effectiveness, we want this to increase and we remain committed to continually improving services.”

The survey also revealed that majority of inpatients (88%), outpatients (87%) and patients who attended Emergency Departments (84%) rated their overall care as either excellent or good and that around four-fifths of respondents rated Health and Social Care Services as excellent or good in terms of safety (82%), patient experience (79%) and effectiveness (78%).

Turning to public health, the Minister welcomed the news that almost three-quarters of respondents (72%) described their health as being good or very good but he added that he was determined that this would improve. He also said it was vital that every effort was made to bring down the number of smokers in Northern Ireland and to tackle the high level of obesity.

He said: “Prevention is better than cure. Over 80% of smokers started in their teens. I introduced the Tobacco Retailers Bill to ensure that the minimum age for buying tobacco products is more rigorously applied by retailers. I want to provide a strong deterrent to retailers from selling tobacco to under 18s and will also create an effective enforcement tool for local councils. Most importantly, I believe this measure will help to reduce the number of young people taking up smoking.”

And he added: “Obesity continues to be one of our most important public health challenges as it can contribute to, and increase the risk of, life threatening diseases such as heart disease, some cancers and Type 2 Diabetes. I am determined to address this major health issue and that is why I launched the Framework for Preventing and Addressing Overweight and Obesity in Northern Ireland 2012-2022: A Fitter Future for All in March 2012, which emphasises the importance of all the inter-connected and related factors involved, and aims to address the issue of overweight and obesity through a coordinated, integrated approach. It supports the Executive’s Programme for Government commitment to invest £7.2million into programmes to tackle obesity.”

Notes to the Editor

1. The first results from the 2012/13 Health Survey Northern Ireland were issued today. This survey runs every year on a continuous basis and covers a range of health topics.

2. The fieldwork for the survey was conducted by the Central Survey Unit of Northern Ireland Statistics and Research Agency (NISRA) and covered the period April 2012 to March 2013.

4. A random sample of 5,850 addresses across Northern Ireland was selected for interviewing. The final achieved sample was 4,294 individuals. The response rate for the survey was 65%.

5. Unless otherwise specified, results relate to adults aged 16 and over.